The Ladies of Zyan

Player Characters should approach Zyan has strangers: it would be impossible to pretend to know as much as a citizen would know about the city. It is an alien environment that must be discovered piece by piece, with the right amount of fear and awe. My party arrived from a setting of mine, through portal, after a lot of adventuring, loaded with money and experience (averaging 6th level – Astonishing Swordsmen and Sorcerers of Hyperborea ruleset). I wanted to give them a patron and, being a fan of gender diversity, it had to be a woman (group is sadly all male). And then I thought about this:
[What I write about Zyan is not to be considered canon. The only official material comes from Ben at Mazirian's Garden blog and Through Ulthan's Door zine. These are just personal additions to my ongoing campaign]

In the last 50 years it has become fashionable, among a selected group of wealthy Zyan ladies, to sponsor adventuring parties in their quests. It’s a race for social recognition: the Lady with the most successful parties not only partakes in their fortunes but emerges among her peers through the show of exotic paraphernalia gathered in the most obscure corners of Wishery and the Multiverse.
These ladies: widows, spouses of wealthy merchants, spinsters known for their exquisite irrationalities, are competing on another front: turning their bodies into what their masks represent, until their bodies become the masks. Through the use of powerful vivimantic arts, over the course of many years (and for egregious amounts of money), these women have not only preserved or enhanced their youth: they have become something else, with the goal of giving physical form to their innermost self.

Regarding the sponsorship of adventuring parties these ladies usually demand a cut of what is found or pillaged (between 10% and 20%) in exchange of top-class equipment, portal expenses (when needed) and, most importantly, the acquisition of contracts through agencies who specialize in gathering rumours about possible adventuring locations. Agencies take their cut too, usually between 20 and 40%.

[The amazing dolls are crafted by Virginie Ropars, reworked through Painnt and reproduced without permission] 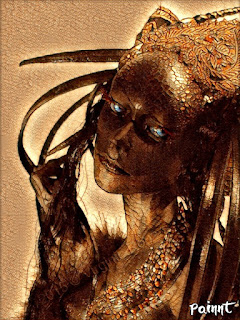 A widow and orphan whose fortune is rapidly dwindling, lives in a big tower mansion with her only unpaid employee, uber-faithful aged butler Cospic. Refers to Prokter & Kuntz agency, specialized on dungeons on Prime Material Wolds. 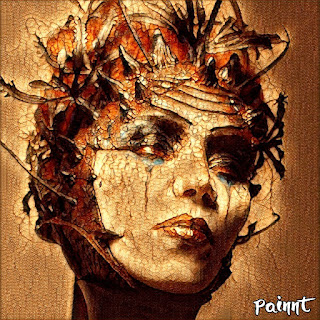 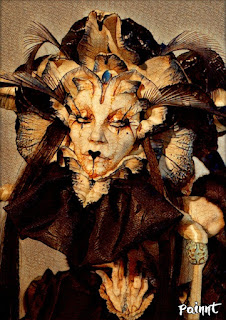 Collects exotic flowers in a Greenhouse inside her mansion, calls them “her babies”. Married with Count Dukkas, who amiably abuses her, physically and psychologically. Loves to “dress” her heroes. Refers to Jared’s Everything Emporium, specialized in “Weird” contracts. 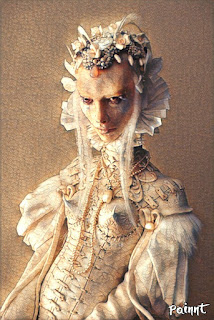 Married to merchant Bartholomeus (an introverted collector of minutiae), ardent Benefactor. Demands only “gifts” (no cut) from parties. Refers to Sprague’s, specialized in eradication of evil. 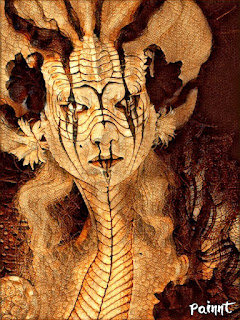 200 years old. Heiress. Too ambitious for her own good. Loves and collects snakes. Eats critters. Refers to Niggurath & Sons. 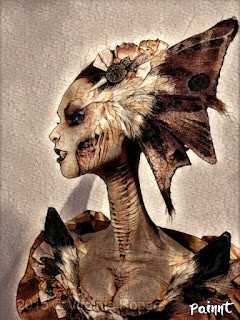 Example of vivimancy gone slightly wrong. She knows and is ashamed. Ongoing feud with her ex wizard/dealer. Always means well, sometimes with catastrophic results (for her or parties). Refers to Jared’s Everything Emporium, specialized in “Weird” contracts.